Article about the “Thanksgiving” meal in the class 8m2 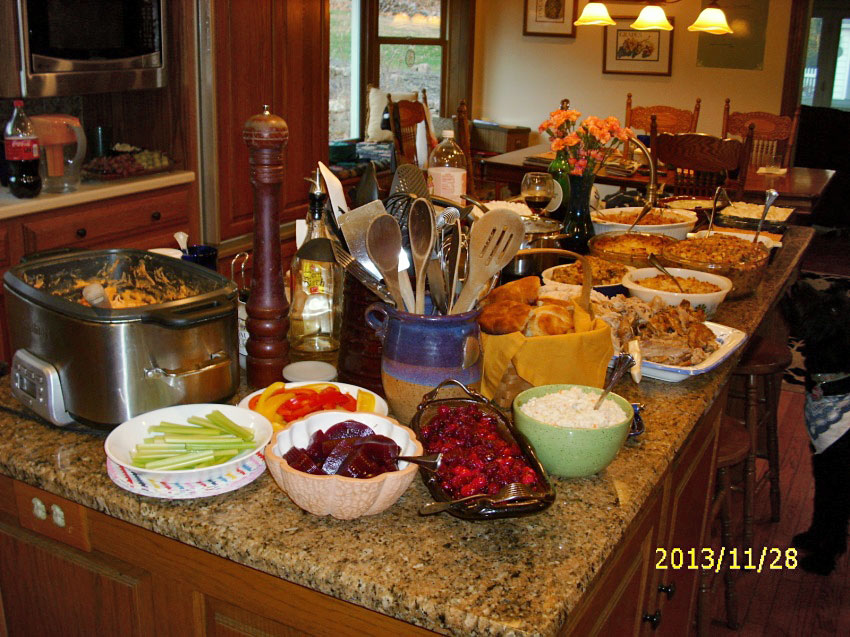 Last Wednesday, 28 November 2018, the class 8m2 had an English lesson with Mr. Kasper in the 3rd and 4th  lesson of the day. We had a Thanksgiving party, which was celebrated in America on 22 November this year. Americans did not have to go to work that day. Instead, they watched American football or Thanksgiving parades. Many people in offices or in the industry took an additional day off on the Friday after Thanksgiving, which is called „Black Friday“. That day, people can buy a lot of things with discounts.

During the second mid-morning break we went to the cafeteria in the Außenstelle. Here our English teacher Mr. Kasper and a student from 12th grade were waiting for us. After that, we went down to the kitchen and we heated 6 kg turkey (see picture), the sweet potatoes, the Cranberry sauce and the pumpkin pies. It smelled a little bit like Christmas. With enthusiastic feelings we brought the meals to the lounge upstairs. We sat at group tables of ten and more people. A few minutes later, everyone took some strongly expected turkey, which was gone in seconds. Some of us sang some Christmas songs and we had a lot of fun. I liked the cranberry sauce and the sweat potatoes, because the sweet potatoes were juicy. The filling of the turkey was a little bit special, because it was a slightly bitter. At last we cut the warm pumpkin pies in pieces. They were a little bit too sweet for me. In the lesson before, Mr. Kasper explained, that people in America make the pumpkin pie of the remaining pumpkins of Halloween. Then we tidied up the kitchen and the lounge. During our next class, we talked about our recipes and how we liked the food.

I liked the meal and I think we are now able to understand in some way the taste of “Thanksgiving”. 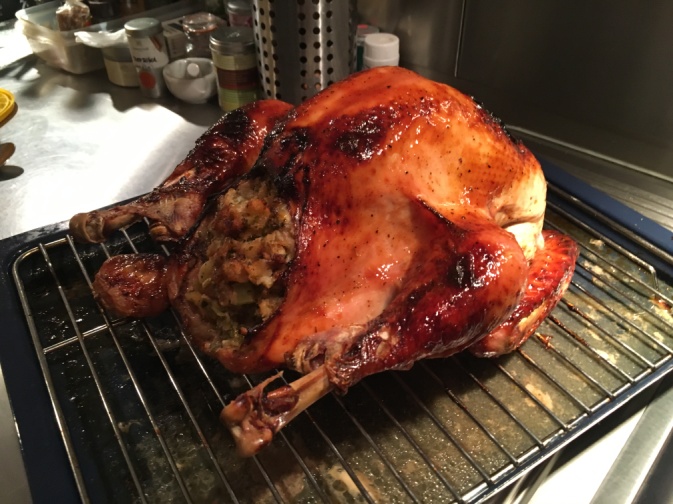